General information about The Mermaid and Mrs. Hancock

The Mermaid and Mrs. Hancock is not a fantasy book. There’s an element of magical realism but it is not the focus of the plot. The Mermaid and Mrs. Hancock is first of all about people, their fates and their lives. It’s about emotions, relationships, personalities and society. Although the novel is set in the 18th century England, its topics are not at all foreign to current days. In fact, if you peel away the surface layer of a very entertaining story, you will see that the setting serves as a lush frame for a modern picture. I loved the book so much I was initially at a loss for words, which is a challenging situation for a reviewer. I took the book for a photo shoot, collected my thoughts and did eventually write the review. So here it is, together with the photos. 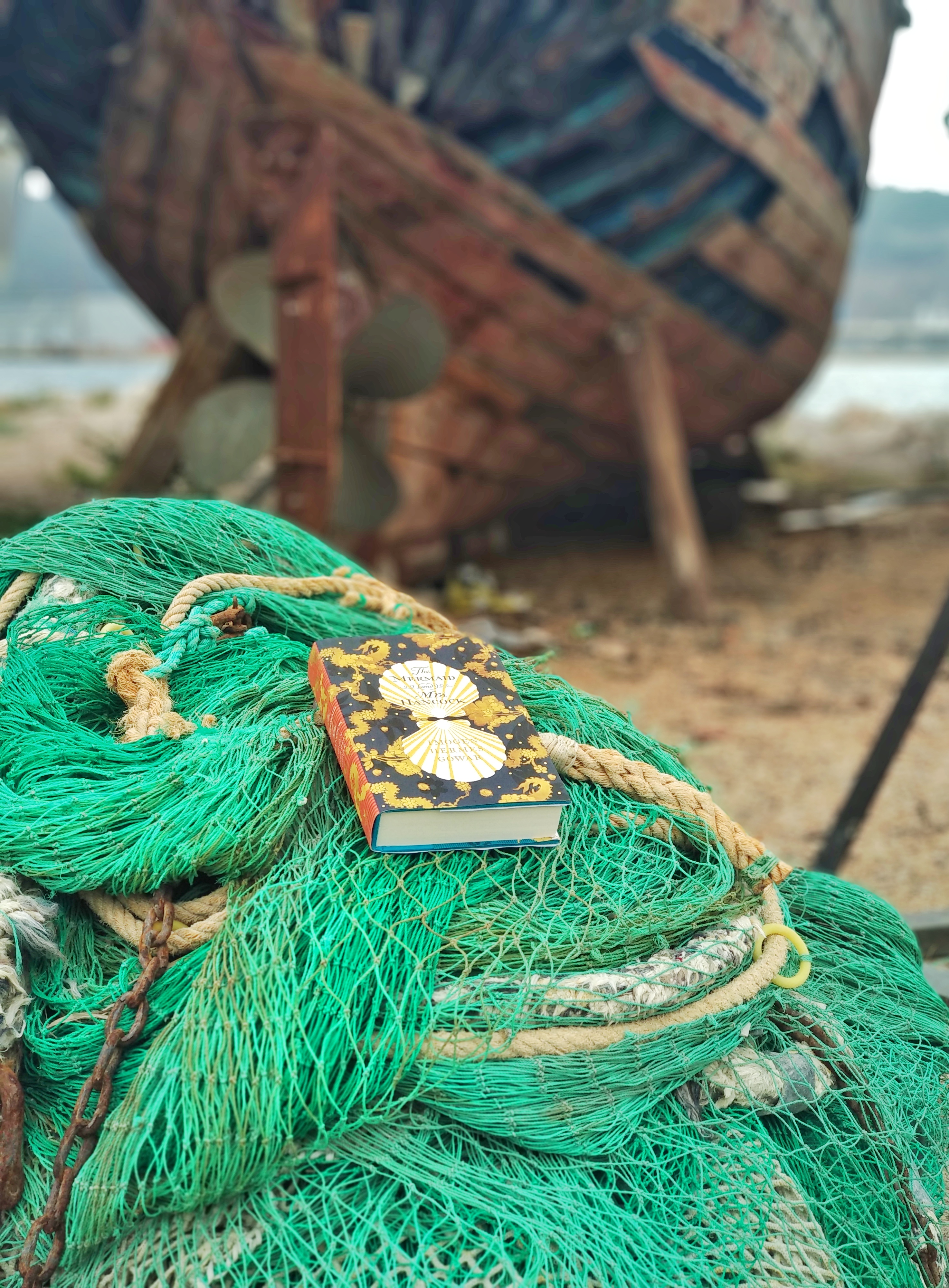 How good is The Mermaid and Mrs. Hancock?

Do you remember the time when you were just entering the world of books, when every plot was an unpredictable story and characters were so real you imagined them to be your actual friends? The Mermaid and Mrs. Hancock is that good. If you thought some magic of the books has been forever lost to you because you grew up, read The Mermaid and Mrs. Hancock and rediscover the feeling. This doesn’t mean, though, that it’s a kid book. Even though there’s a mermaid in the title, the protagonist is a courtesan so it’s definitely not a bedtime fairy tale for kids.

Reading The Mermaid and Mrs. Hancock feels like watching underwater life through a snorkelling mask. You dive deep where you can no longer breathe so you have to hold your breath in exchange for the chance to see the beautiful world below. Sooner or later the real life will pull you back in but for the meantime you will be completely immersed into another reality. The writing in The Mermaid and Mrs. Hancock

The writing is an undebatable treasure of this book. It’s hard to really illustrate how beautiful it is as it’s a part of a solid construction. It’s almost impossible to pull out a single feather in order to demonstrate it to you. You have to see the whole creation to really appreciate these details. Still, I managed to find some examples. Here they are:

In the landau, amongst a clutch of young ladies in white muslin, rides Mrs Chappell herself, the abbess of King’s Place. She is built like an armchair, more upholstered than clothed, her bolster of bosom heaving beneath cream taffeta and gold frogging.

All social gatherings have a riptide moving through them – some revellers joining the party as others melt away, some retiring to a quiet room, others emerging refreshed – and it is this unseen, unsought tide that nudges Angelica and the lieutenant closer and closer together without their even trying.

A loss is a presence all its own; a loss takes up space; a loss is born just as any other thing that lives.

Bawds are not, after all, the only mothers to profit by their daughters.

The characters in The Mermaid and Mrs. Hancock

First of all, the characters outgrow their sole form of mere characters. They are completely real. They change, grow and develop together with the story. It’s mesmerising to watch them, and to imagine what is going through their minds, what makes them take their decisions and how they react to the situations they find themselves in. On a few occasions I expected them to act differently, exactly because I was expecting them to act like characters in a book, but they had their own plans. They rarely act according to your expectations. The plot in The Mermaid and Mrs. Hancock

The plot is another beautiful construction of the book. Where one part ends, another one starts. There are several storylines. Even if you don’t want to be distracted from one, you are given another one to follow. This way you are never bored and always have something to look forward to. The story is completely unpredictable. As soon as you think you know where it’s going, it takes another turn, which you didn’t imagine existed. The Mermaid and Mrs. Hancock will haunt me

The decisions that characters take will stay with me for some time. They are so human and believable even though their situations are so dramatic and often impossible.

I will not forget one of the final scenes. It shows what happens to one of the characters. It’s deep and horrible even though it doesn’t give you any horrid details. It’s the highest level of skills when an author is able to achieve such an effect without rubbing graphic details into a reader’s face.

I will also keep thinking about one character. It’s perfectly clear what happens to her but I wish I could stay with her longer. I hope she will find her warm milk for breakfast, one day. Even though I know she is trapped within the covers of the book, I keep imagining her getting out of her situation, somewhere else in another dimension.

Would I recommend The Mermaid and Mrs. Hancock?

Of course, definitely. I would only warn those who hunt for fantasy plots. This is not a fantasy book. In any other case, I’m sure you will like The Mermaid and Mrs. Hancock. 27 thoughts on “The Mermaid and Mrs. Hancock by Imogen Hermes Gowar”