The Seven Sisters drew the most attention in my Currently Reading in November post so I’m reviewing it first.

General information about The Seven Sisters by Lucinda Riley

The Seven Sisters is the first book in the series about young women who were adopted as kids by a rich man. They were brought up in a secluded castle in Switzerland, each of them developing their own skills and talents. When their father dies, he leaves them letters with clues on how to discover more about their histories. There are now 5 books in the series, but there will be more. The Seven Sisters focuses on the history of the eldest sister only. There’s actually a book trailer for The Seven Sisters! (I didn’t even know such things existed.) I don’t think the trailer does the book justice. It makes the book sound rather silly and simplistic. The Seven Sisters is much more sophisticated. Just in case you are interested, here’s the trailer.

What’s good about The Seven Sisters

This book is definitely a great way to travel across continents and times. When Maia, the protagonist, is discovering the truth about her great-grandparents, the narration shifts from modern times to Brazil during the times when the famous statue of Christ was being built. 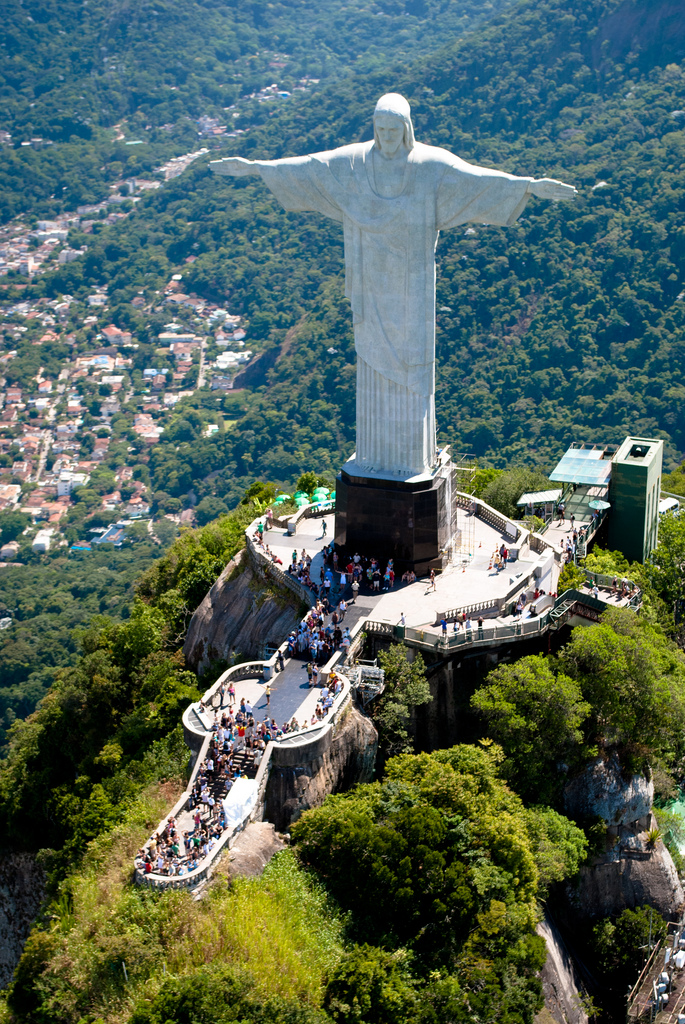 The book is about relationships and love stories (right, not one but a few!) The writing is quite good. The story develops in an interesting and unpredictable way. There are many curious historical facts and descriptions of the life in old France and Brazil.

I’m not a big fan of romance genre. I like any good stories, including love stories, but all these “he pressed his lips to hers” and other romanticised language yank me back from the book to reality. I can’t immerse myself into stories where women grew noticeably pale because they just thought about their lovers. It sounds overplayed and fake to me.

One of the characters is pure Jekyll and Hyde. At one moment he’s warm and understanding, at another one he’s a selfish drunk, then he’s back to a good chap again. It was hard not to notice that his pendulum-like behaviour was for the sake of the plot only.

The protagonist also behaves strangely sometimes, but alright, I’ll agree to believe that this is just the way she is.

It’s absolutely OK for the series not to uncover all information in the first book so that readers can look forward to some discoveries in the next one. To be fair, all the main questions about Maia were answered in the first book. Still, I’d been looking for the series that would attract by their protagonist only, by how good they are, not by leaving something untold. I mean the series like Sherlock Holmes, for example. People love it because of Sherlock and because of stories themselves, not because they need to know who that mysterious boy two books ago was. Thus, I will have to continue my search for the perfect series.

Final thought on The Seven Sisters

The Seven Sisters is very well-written and entertaining. If you like stories about love, relationships and different epochs, then this book is definitely for you.

7 thoughts on “The Seven Sisters by Lucinda Riley”