Genre: young adult adventure story with the elements of fairytales and romance.
⭐️Stars from Goodreads: 3.8. ⭐️Stars from me: 4.5.

Have I just read a young adult story and liked it?! 😯 Not only was it a young adult book, it had fairytales and love stories in it! And yet I still enjoyed it! This book made me think I should probably let go of my genre purism and venture to other genres too.

General information about the book

Bone Gap is described as magical realism but I wouldn’t say that. Unless you also call The Nutcracker magical realism. In this case Bone Gap would qualify too. I’d say this book is a contemporary story about the way we see people, about beauty, and about emotional abuse and getting free from it. All these ideas are presented via a dynamic young adult story with elements of a scary fairytale.

A teenager called Finn lives in a small town which has all the habits and peculiarities of a small town. Everybody knows everybody. Everybody gossips. The quote in the beginning of the book nails it:

The nice part about living in a small town is that when you don’t know what you are doing, someone else does.

People think Finn is weird but in a small town everybody is still a family, even though it means some members of this family occasionally bully others.

The town is called Bone Gap and this place is also strange. People, animals and things mysteriously appear and disappear in the town. Thus, nobody finds it strange when Roza disappears too. But there’s a spooky, complicated story behind her disappearance. The book tells you about her disappearance, what caused it and if anybody is going to do anything about it. 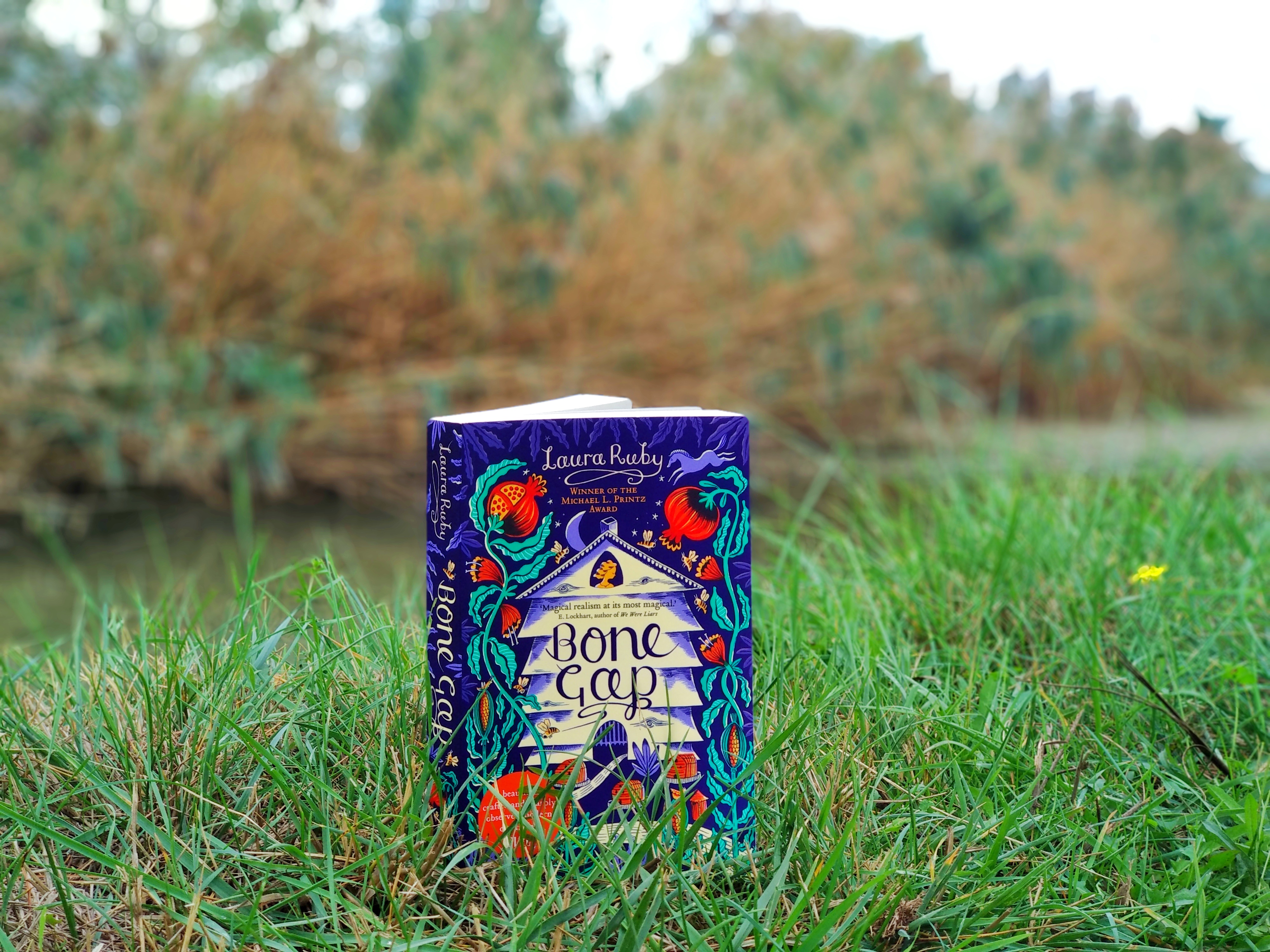 Why I liked the book

I see the main villain in the book as a metaphor for all toxic people who objectify others and feel entitled to their lives. The treasure of this book is that it gives a form to such evil and demonstrates it in action.

I also liked how the book focuses on people’s perception of each other.

There are so many cute animals in the book! Unlike in many other stories, these animals are not there to be simply culled for the sake of the plot. They are there to be admired and adored.

There are love stories in the book, but they are not overly romanticised. Nobody speaks in a silly language or faints at unexpected moments. Everything is very realistic, but sweet.

They are dynamic and sharp. Here’s an example:

The book is written with some humour. Had I read this book when I was a teenager I would have probably laughed even more. Here are some examples:

Finn froze up like a monument to cowards everywhere.

The Rude boys walked as if they were permanently saddle sore.

My edition looks quite big but the font is large too. Although I didn’t hurry, I managed to read this book in one day.

What I disliked about the book

Roza is a Polish student who has spent a year in the US. She’s clever, witty, independent and strong, and yet her language skills are so primitive, she talks as if she had learned about the existence of English language only yesterday. She cannot form even basic sentences! I found it quite disrespectful to Roza herself. It also makes her rather mute when she’s interacting with main characters which wastes a lot of potential for the scenes. I understand that it might have been planned as a touch to show her origins but it is definitely overplayed. Her use of random Polish words also feels redundant and out of place. There are a few untranslated Polish phrases. They are not decisive for the plot but I think it would be good not to leave readers guessing what the phrases mean. I managed to understand them but I don’t think people who never studied Slavic languages would.

There’s a trick to cover up a cliché when you are writing a book. You point at the cliché yourself. For example: you spook people by corn stalks and then you reference Stephen King. You create a bearded character who looks like an old magician and mention Gandalf. I personally always notice the trick and it inhibits my immersion into the book.

I can definitely recommend this book. It’s a fast-paced and entertaining story but there’s also a deeper meaning to it.