Here’s the beautiful book I’ve promised to show you. It’s the 50th-anniversary edition of The Master and Margarita by Mikhail Bulgakov. 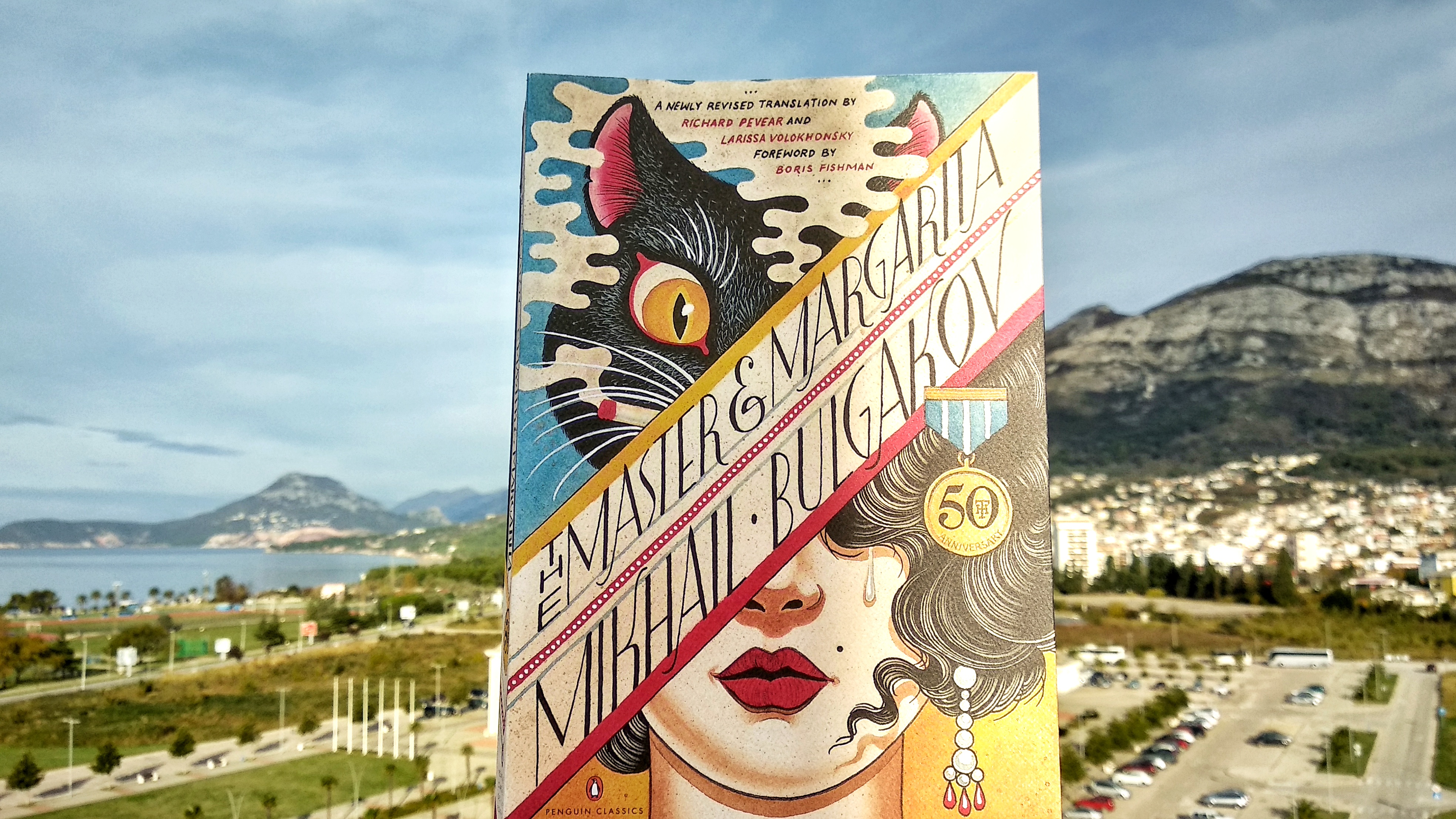 Were it a kinder world, this edition of Mikhail Bulgakov’s beautiful, strange, tender, scarifying, and incandescent novel The Master and Margarita would be commemorating its seventy-fifth rather than fiftieth anniversary…

The Master and Margarita is a unique book. In fact, I’m surprised it’s called “a book”, just like many other texts between covers. This creation is unlike anything else I’ve ever seen in literature. As this edition beautifully says:

Nothing in the whole of literature compares with The Master and Margarita. One spring afternoon, the Devil, trailing fire and chaos in his wake, weaves himself out of the shadows and into Moscow. Mikhail Bulgakov’s fantastical, funny, and devastating satire of Soviet life combines two distinct yet interwoven parts, one set in contemporary Moscow, the other in ancient Jerusalem, each brimming with historical, imaginary, frightful, and wonderful characters. Written during the darkest days of Stalin’s reign, and finally published in 1966 and 1967, The Master and Margarita became a literary phenomenon, signaling artistic and spiritual freedom for Russians everywhere. 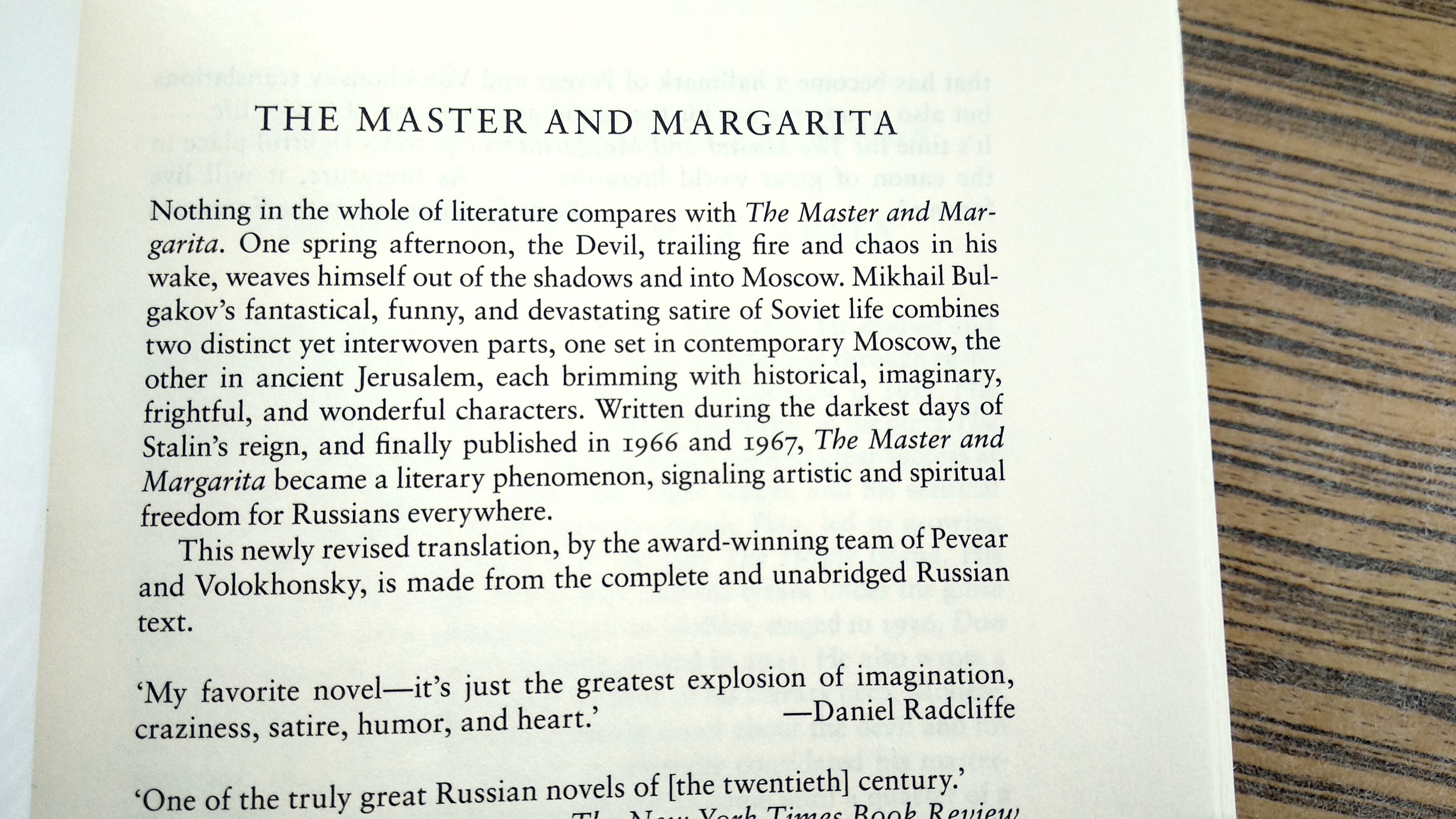 I’ve never read this book in English, but I’ve read it in Russian many times. I know some parts by heart. I compared those parts to the English translation and I can say that the translation is absolutely amazing! Even the melody and the rhythm of the phrases are the same. Here’s an extract for you to enjoy the sound.

In a white cloak with blood-red lining, with the shuffling gait of a cavalryman, early in the morning of the fourteenth day of the spring month of Nisan, there came out to the covered colonnade between the two wings of the palace of Herod the Great the procurator of Judea, Pontius Pilate.

The edition is a work of art.

The front cover and the back cover are stunning! 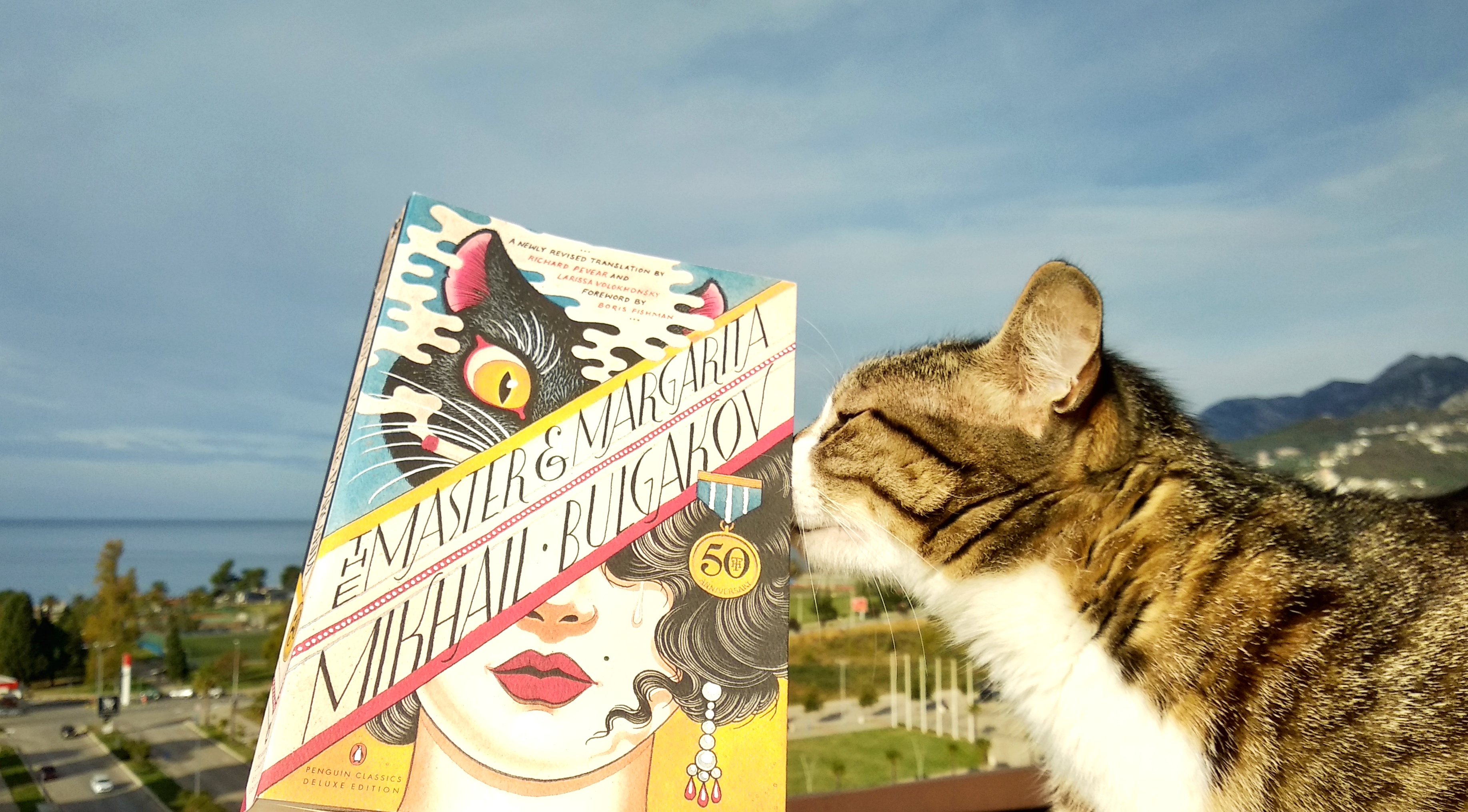 There are quotes in Russian on the inner sides of the cover. 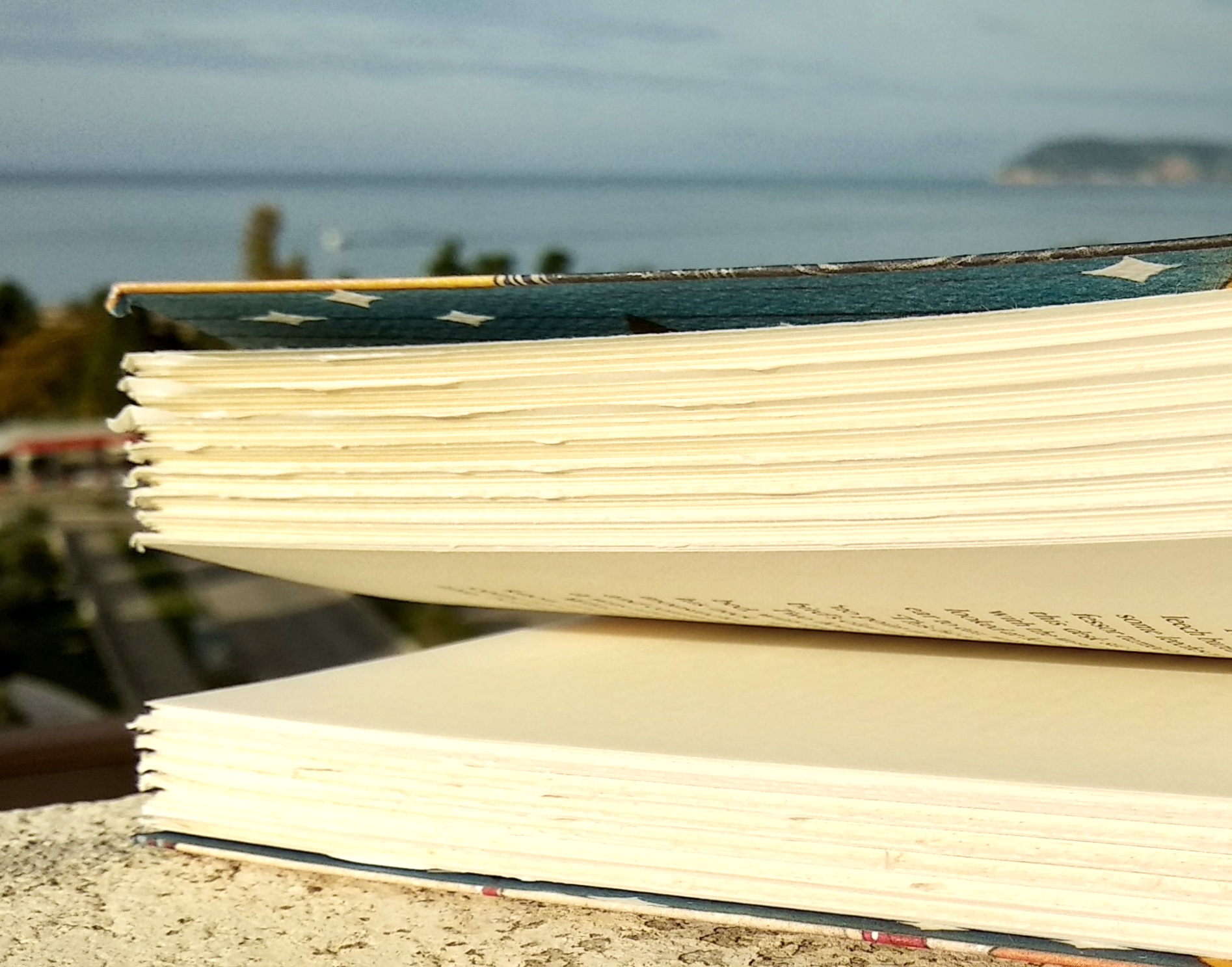 A deckle edge is a type of edge that looks “feathered”. In the past, printing machines couldn’t cut the edges neatly, so all edges of old books looked this way. Nowadays this effect is achieved on purpose, by putting the book through a special machine after the edges were already nicely cut.

There is a lot of information about the times the book was written in, and about its author. All terms and names are explained in the notes at the end of the book.

This is an absolutely stunning edition, the one that this book really deserves.

15 thoughts on “The Master and Margarita 50th-Anniversary Edition”